Many devotees are coming from the film industry, politics, business etc with the problems in their life, to seek the blessing of Sree Vishnumaya Swamy. To protect the identity and to manage the time in their busy schedule, Vadakkumpuram Sree Vishnumaya Devasthanam provides special arrangements for the visit. So you can seek the blessing of Devasthanadhipathi and know about your niyoga from Lord Sree Vishnumaya Swamy. If you're planning to make a special Darshan booking, contact our concerned person before your visit. For more details of special Darshan booking and to make an appointment contact +91 94003 18066 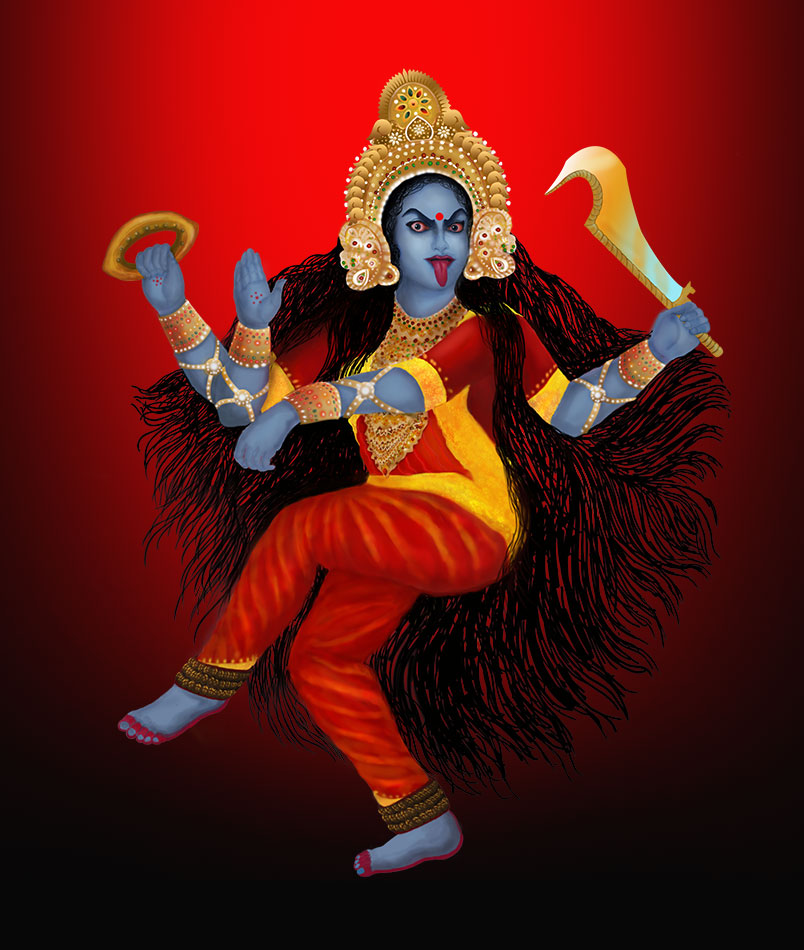 Goddess Bhadrakali, a popular deity across Kerala, is the vicious form of Shakti, the Mother Goddess. She appeared from the forehead of Lord Shiva to annihilate demon Darika in pursuit of Dharma. To those who practice Adharma, she is a merciless destroyer. And to the ones who practice Dharma, she is the protecting Mother. At Vadakkumpuram temple, we treat the goddess as one of our most important deity. For us, she is our Vadakkumpuram Bhagavathy.

The legend says there was a time when the Asuras were defeated by Devas and they had retreat to the netherworld. Two Asura women then did intense penance and propitiated Brahma who gave them the boon that they would give birth to two powerful sons. And as the time passed the women gave birth to two sons named Danavendra and Darika. They then did intense Tapas and propitiated Brahma. The team even attained the blessing from Brahma that men, gods or demons would not be able to kill them. Not only that but also to have the strength of thousand elephants. With these powers they attacked the Devas and drew them out of heaven. Devas went to Sage Narada asking for help. He went to Shiva and requested to intervene and wipe out Adharma being propitiated by the demons. That was when he opened his fiery and fierce third eye from which the Goddess Bhadrakali was born. This form of Mother Goddess Shakti was unimaginable. Devas or humans or demons had never such a ferocious Goddess. The colossal body of Bhadrakali was jet black. She had three burning eyes and her mouth was like a huge cave. Two long saber like teeth were projecting out from it. Her black hair rolled down like a tumultuous river. She had innumerable arms and each holding a separate weapon. It was impossible to look at her face. She went into battle against Danavendra and Darika. The demon army was no match to Goddess Bhadrakali. All of them were crushed and killed. Then Danavendra was killed. Finally, Bhadrakali chopped the head of demon Darika. Hence, she slaughtered Adharma with absolutely no mercy!